From Google VR, Daydream View headsets will be available to purchase with any Daydream-ready phone this November 10:

Last month, we announced Daydream View, a comfortable and easy-to-use virtual reality headset and controller powered by any Daydream-ready phone. It will be available November 10th on the Google Store and at retailers across five countries:

With Daydream View and a Daydream-ready phone like Pixel, you’ll be able to kick back in your personal cinema, explore new worlds and get in the game like never before. Take a look at some of the experiences that’ll be coming to Daydream over the next few weeks:

Google Play Movies: Enjoy thousands of popular movies and TV shows in your own virtual theater.

INVASION!: From the director of Madagascar, Invasion! is an award-winning VR animation narrated by Ethan Hawke that invites you to become part of the story. A pair of bumbling aliens, Mac and Cheez, plan to invade our Earth, but instead they are thwarted by the cuddliest animals on the planet.

Star Chart VR: From the Sun to the smallest moons of Saturn and out to the coldest, darkest, farthest reaches of Pluto, explore the solar system in a beautiful and accurate real-time space simulation.

Street View: Visit over 70 countries and experience 150 handcrafted tours of the world’s most amazing places. You can also search to explore your hometown and everywhere else.

The Guardian VR: Step into the shoes of an urban explorer and discover the hidden labyrinth of London’s Underworld – a subterranean web of Victorian sewers and lost waterways that lie active, deep beneath of one of the world’s most famous cities.

Fantastic Beasts and Where to Find Them: Wave a wand to explore the magic of Newt’s case, cast spells and solve puzzles to explore the world of the film in this VR experience.

NYT VR: The New York Times will premiere three exclusive films in the Daydream app in its first month, including The Creators: Rob Pruitt. It follows Pruitt on a typical day in his life, with a visit to IKEA in Brooklyn where he purchases 27 plush pandas that’s a signature in his artwork.

Get in the Game

Danger Goat: One runaway goat, hundreds of dastardly traps in his way. Guide, slide and catapult the goat to freedom in this all-new VR puzzle game.

Hunters Gate
Wonderglade: Magically teleport to an ever growing theme park where you can enjoy carnival-themed classic games such as Tiny Tee Golf and Tip N Tilt Racing.
Gunjack 2: End of Shift: With a formidable arsenal at your disposal, live the life of a Gunjack, protecting the Kubera and its precious cargo from the bandits trying to blow the rig apart!
Mekorama: Help a tiny robot stumble home through 50 puzzling mechanical dioramas.
Need for Speed: No Limits VR: Race for dominance in the first Need for Speed title made for VR. Launch yourself between chaos and control as you hit the loud pedal and roll into underground car culture.
Home Run Derby: Hit monster home runs and get crowned as your favorite MLB Home Run Derby All-Star.
From hitting bat-breaking homeruns to journeying to the rings of Saturn, immerse yourself in high quality, mobile VR with Daydream View. Mark your calendar today for November 10th and follow us on Twitter and Google+ to get the latest on new apps and games coming to Daydream.
← BackNext → 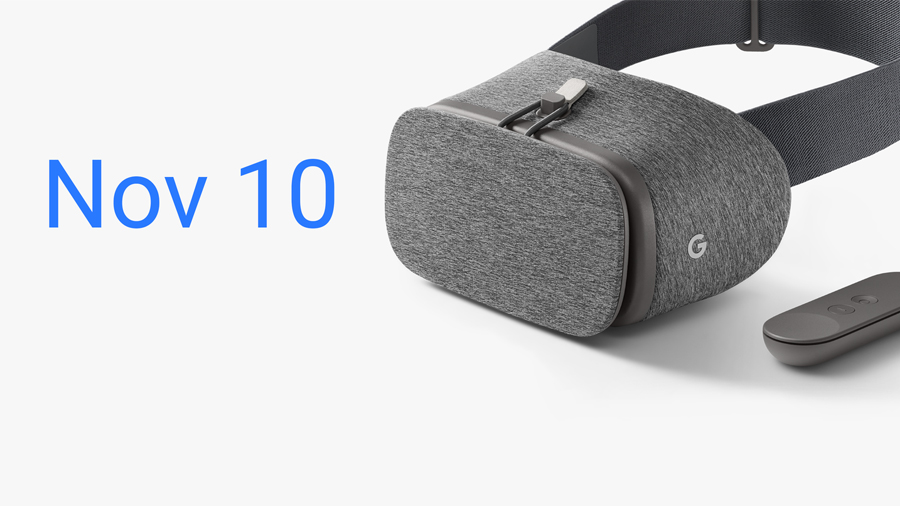