In the Name of All Canadians: For some Canadians, marking the 150th anniversary of the country’s founding means cruising from one national park to another and getting into bear-related hijinks just like John Candy in The Great Outdoors. Yet others have seen the occasion as an opportunity to ask what it means to be Canadian in this day and age and confront sometimes discomfiting questions about identity, history and the rights so many of us take for granted.

Such timely matters all come into play in In the Name of All Canadians, a new omnibus film that makes its world premiere at the Hot Docs Ted Rogers Cinema on June 28. Commissioned by Hot Docs for Canada 150, it consists of six short docs inspired by Canada’s Charter of Rights and Freedoms. A series of acclaimed filmmaking teams from across the country tackled stories ranging from a Sudanese-born Canadian’s struggle against false allegations of terrorism to a Jamaican-Canadian lawyer’s inspirational efforts to escape his crack-dealing past to a landmark Supreme Court case on Indigenous rights. Advance tickets for the premiere event are already sold out but rush tickets will be available on Wednesday. More screenings follow June 30-July 6.

Outdoor screenings: This week sees the beginning of some of the city’s most popular summer outdoor screening series. The Christie Pits Film Festival launches its seventh season in the dip at the corner of Christie and Bloor on Sunday with the Harold Lloyd classic The Freshman, presented with a live score by the Holy Gasp. The Open Roof Festival returns to 99 Sudbury on Tuesday with its own movie-and-music pairing of Colossal and a performance by Stacey Renee. Also on Tuesday, Bob and Doug McKenzie (a.k.a. Rick Moranis and Dave Thomas) star in the immortal Strange Brew at Yonge-Dundas Square for City Cinema’s inaugural event. Harbourfront Centre’s Free Flicks at the Concert Stage continues with The Sun at Midnight on Wednesday.

What the Film Festival: Most definitely the week’s most confounding movie event, What the Film Festival (WTFF) returns to the Royal Cinema on Friday for a seven-hour marathon of “eccentric” moviemaking that defies categorization, description and quite possibly the boundaries of good taste. This year’s finds include Bloody Muscle Body Builder in Hell, a DIY Japanese remake-slash-remodel of Sam Raimi’s The Evil Dead that was nearly 20 years in the making, and She’s Allergic to Cats, an equally bizarre curio by a filmmaker who funded his effort with money he earned working as a body double for Daft Punk (and no, I didn’t make that up). The WTFF has many more movies that will make you say WTF.

Creative Visions: Hong Kong Cinema 1997-2017: Before the U.K. handed sovereignty over Hong Kong to China in 1997, there were grave worries about the health of the region’s traditionally robust film industry. But while there have been many changes in the years since, Hong Kong cinema remains uncommonly vibrant. Reel Asian serves as the Toronto host for a ten-city commemorative event marking the 20th anniversary of the handover. Titled Creative Visions, the special series consists of eight films screening June 23-25 at the TIFF Bell Lightbox — must-sees include the much-imitated thriller Infernal Affairs, Stephen Chow’s wild comedyKung Fu Hustle and Wong Kar-wai’s sublime The Grandmaster. Director Heiward Mak also visits Toronto for an artist’s talk and to present her acclaimed teen drama High Noon on Sunday.

Contact Dance: As you might expect, the action at the Contact Dance International Film Festival extends far beyond what you might see on screen, with live performances, inclusive workshops and other events in unexpected locations all over town from June 28 to July 2. Of course, you can start with the screening program of dance-centric cinema at the showcase of Toronto dancers and filmmakers on Wednesday at Dovercourt House (805 Dovercourt Rd.). More screenings take place at the Celia Franca Centre and the Revue. 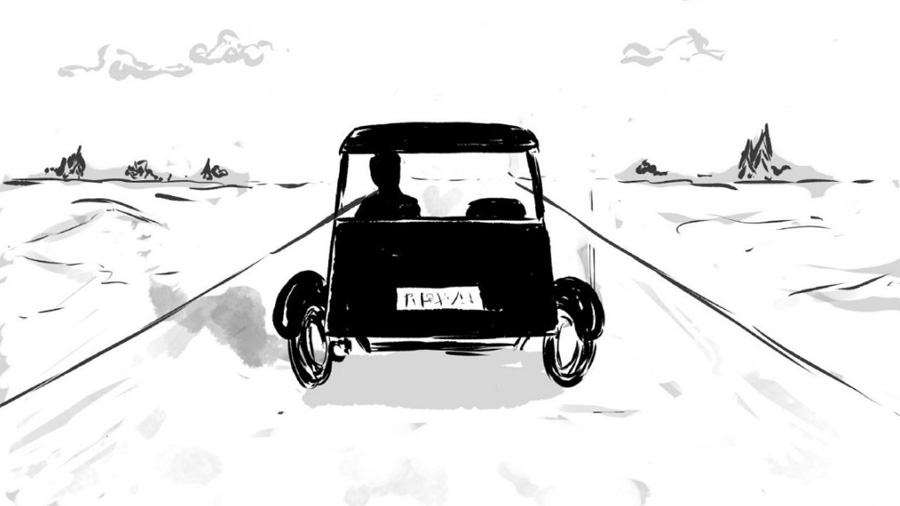