Last week, I outlined ways that VR can avoid failing in 2017 but with SXSW happening this week, I was inspired to delve deeper into the driving force for Virtual Reality’s current adoption.

In the past year, I’ve seen many ways that VR’s being used by companies. Directors and agencies working with companies like T-Mobile and AT&T (view case study here) have been asking us for help with publishing their 360-content. As I looked at app usage patterns, I started to realize that filmmakers are one of the main reasons for VR growth.

Immersive content is the first step to consumer adoption.

Companies like Oculus have been incrementally introducing VR to the general public through mobile devices like the Gear VR. Recently, Facebook has even added functionality that allows users to launch 360-Videos from their feed to their Gear VRs.

Even though users don’t have “six degrees of freedom” (6DoF), immersive content is able to get the “Early Majority” to want more. At the moment, 6 of the top 10 free apps for the Gear VR are video-related (in bold):

As this trend continues, the newer generations will start treating 360-videos as the norm. Eventually, all new devices (e.g. Xbox, smartphones, computers, etc) will start supporting stereoscopic vision and content that can be ported cross-platform will allow hardware to have content from the get-go.

Even though most VR companies have been tight-lipped about their VR growth, I’ve compiled a list of stats that’s been shared with the general public for the Gear VR:

Creating immersive content is hard! Most movie watchers (myself included) don’t stop to appreciate the intricacies of 360-film making.

To create compelling stories in VR adds additional nuances like being unable to hide the camera crew, finding a way to control the viewers’ gaze direction with audio and visual cues, video stitching, spatial audio, etc.

Even though companies like Facebook (Oculus’ owner) love to hoard IP, they also know that high-quality 360 content creation is difficult. This is why Facebook is focusing efforts on helping filmmakers create better content. One of their efforts was to release blueprints for the Surround 360 camera last year:

Our goal is to get this camera into the hands of as many creators as possible. — Eugene Wei (Oculus Head of Video)

What excites me about immersive content is that it has the ability to fuel VR hardware adoption.

Users of all ages can use and understand it (e.g. disabled or elderly people) and the content can be viewed on a majority of smart devices. This will enable users to understand VR at a low price point and fuel theadoption of the high-end VR-enabled devices.

360-videos can also be used to pitch for work. Immersive content can be used to introduce users to concepts and, in turn, lead customers to request higher quality or 6DoF content.

All of these scenarios bring us closer to our goal of making VR a part of every day life! 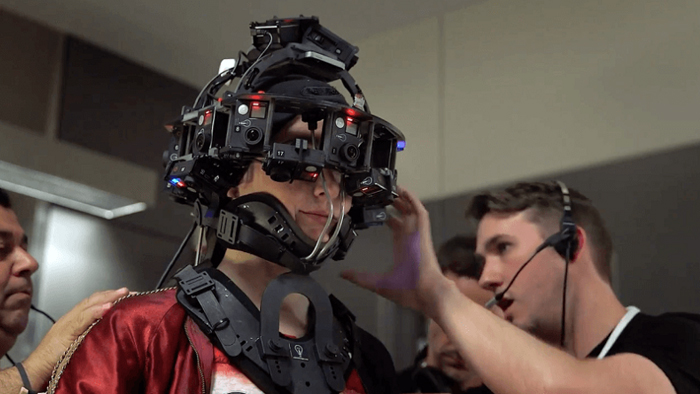