No progress for female directors in Hollywood

Once again, there are no women in the best director category at the Oscars this year. But change is in the wind.

There isn’t a woman among the five contenders for best director at the Oscars this year but it shouldn’t come as a surprise.

As Hollywood congratulates itself this Academy Awards season for a genuinely ethnically diverse set of nominees — at least in the acting categories — there is little progress to celebrate regarding female directors. Nowhere, it seems, is the glass ceiling for women in the film industry more forbidding and intractable.

In fact, only one woman — Kathryn Bigelow for The Hurt Locker,eight years ago — has ever won the golden statuette in almost nine decades of the Academy Awards, and only three others have ever been nominated.

“The bottom line is that there is no real will to change on the part of those making the hiring decisions. For the most part, studio heads, agents and others don’t perceive the underemployment of women as directors as a problem,” said Dr. Martha M. Lauzen, executive director of Center for the Study of Women in Television and Film at San Diego State University.

In fact, the center’s own comprehensive annual Celluloid Ceiling report shows, if anything the picture is getting worse for women directors and women in the industry in general.

The report found that:

Lauzen noted that women comprise anywhere from one-third to one-half of the student body at the top film schools in the U.S.

“This is not a pipeline issue. It is not the case that women are not interested in becoming filmmakers,” Lauzen said.

Bigelow, who has released only one feature film (Zero Dark Thirty) since winning the Oscar in 2009, addressed the issue last year in an interview with Time.

“Hollywood is supposedly a community of forward-thinking and progressive people yet this horrific situation for women directors persists. Gender discrimination stigmatizes our entire industry. Change is essential. Gender neutral hiring is essential,” she added.

For Jovanka Vuckovic, a Canadian-born director intent on breaking into feature films, the numbers are a harsh reality.

“I’ve been trying to paint a picture for people about grim it is and just how much of a problem we have: the women-director program, the seven per cent problem,” Vuckovic said.

“It’s not as easy for women to get films made. We don’t get the same budgets men get, it takes longer to get financing. We’re sort of denied networking opportunities.”

Last year, Vuckovic decided to take charge of her own destiny by executive producing and directing a segment of a recently released horror anthology film called XX. Each of the four segments were written and directed by women. “I’m proud to say that one of the women I hired, that I took a chance to, is now working full-time in film. When you create jobs for women and we encourage women to hire each other, real change is possible,” she said.

“We’re talking about a business where people actually say things like ‘oh, we hired a woman once before and it didn’t work out so we’re not going to do that again.’

“Women aren’t allowed to fail the same way that men are. So when they do fail on a studio picture, they go into director jail and don’t come out for a very long time,” Vuckovic said.

“I can give you a million examples of a guy making one small horror movie or uploading a short film to YouTube and then he’s directing the next Star Wars or Godzilla or Star Trek. And there’s literally no examples of that ever happening to women,” she said, adding ruefully that other women are part of the problem.

“There’s been some very strong internalized sexism that I’ve seen a lot of on behalf of women where they feel like if they let other women in, it threatens their position in the ‘boys’ club.’ ”

There is growing impetus for change. Last year, at the behest of the American Civil Liberties Union, the U.S. Equal Employment Opportunity Commission and another federal agency launched an investigation into the hiring of women directors.

In the meantime, Hollywood players are also taking the initiative. Last year, Jessica Chastain launched her own company, Freckle Films, with an all-female executive and the stated intent of “showcasing female talent both in front of and behind the camera.” Earlier, Gamechanger Films was born in 2013 to finance independent films that are directly or co-directed by women; eight films have resulted.

Additionally, the Sundance Institute, which runs the annual film festival in Park City, Utah has recently partnered with Women In Film, Los Angeles, in a joint initiative to increase the number of female filmmakers. Called ReFrame, it’s a group of 50 leaders, including studio heads and executives, union and industry leaders who will act as “ambassadors” on the issue.

“It’s an exciting project with I think will cause a huge shift in the industry,” said Women in Film, Los Angeles executive director Kirsten Schaffer.

“Certainly the conversation about (women directors) in the media and on the ground is really changing. I think we’re really going to see the numbers change over the next two to five years.” 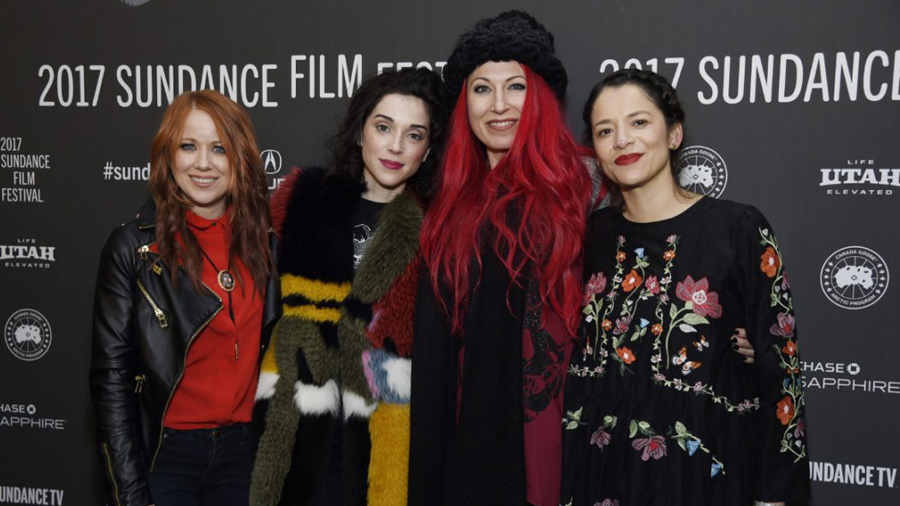