“It is going to be reborn as a newer, better channel,” said Raja Khanna, Blue Ant’s CEO of television and digital, in an interview with the Financial Post. “This is about the migration and changes happening in the television industry, where the priority is about having strong brands and world-class content.”

The high-definition BBC Earth will run free of commercial interruption in Canada, though Khanna said Blue Ant and BBC Worldwide will offer potential sponsors “non-intrusive” opportunities to promote through the channel.

The network will play home in Canada to the BBC’s natural history content, including the wildly popular Planet Earth. The David Attenborough-narrated second series of the show, which has routinely drawn around 10 million viewers in the U.K., recently shot into the viral stratosphere with a high definition chronicle of a young marine iguana escaping near-certain death at the hands of a murderous gang of Galápagos racer snakes.

“We’re on the same page as Blue Ant,” said Ann Sarnoff, president of BBC Worldwide North America, in an interview with the Financial Post. “We’re both conscious of the buzz around the second series of Planet Earth, and how it’s been performing beyond expectations in the U.K. The latest episode had an audience share over 40 per cent.”

Sarnoff said that, of the BBC’s properties, its natural history programming is the top performing in its category in Canadian DVD and blu-ray sales. The new channel is the latest in a series of recent moves by Britain’s public broadcaster to ramp up its presence in Canada, including the launch of a four-person news bureau in Toronto to manage a domestic version of its flagship website. The company already has two television networks licensed in the market in BBC Canada and BBC Kids.

BBC Worldwide North America is a subsidiary of BBC Worldwide Ltd, which brought in a £133.8m profit for the public broadcaster in the 2015-2016 fiscal year, down 3.5 per cent year over year.

Blue Ant’s partnership with a BBC property is a familiar move for founder Michael MacMillan. His former company Alliance Atlantis obtained the original broadcasting license for BBC Canada when the network first launched in 2001. Alliance was purchased by now-defunct Canwest Global Communications Corp. and U.S. banking giant Goldman Sachs for $2.3 billion in 2007.

BBC Canada is now majority owned by Corus Entertainment Inc., the Shaw-family owned entertainment company which was spun off from another family-controlled company, Shaw Communications Inc., in 1999. Earlier this year, Shaw sold its entire media division to Corus for $2.65 billion.

Meanwhile, Blue Ant will close radX on the same day BBC Earth debuts. Originally launched by High Fidelity HDTV as Rush HD in 2006, it was renamed a year after its American counterpart was shut down in 2009. In 2012, radX was purchased by Blue Ant along with High Fidelity’s three other channels — the Smithsonian Channel, Love Nature and HIFI — and High Fidelity ceased operations shortly thereafter.

Among those with equity in the company, Blue Ant counts Fairfax Financial Holdings Ltd., as well as Canada’s second largest newspaper publisher Torstar. 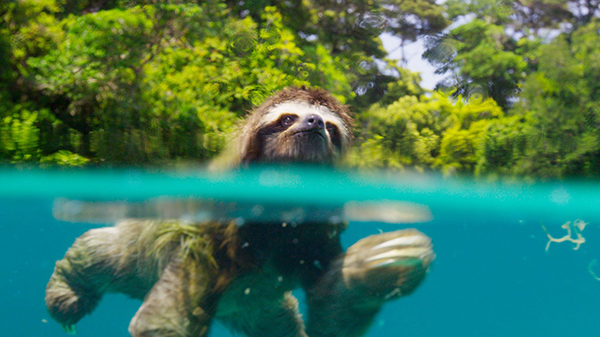