His cable access television show, The Cap’n Video Show, ran from 1990 to 1995, spawning a small but loyal cult following. Each week Ralph Zavadil performed a series of idiotic and occasionally dangerous stunts, challenging the sensibilities of his small Southern Ontario audience. With the advent of the internet and reality television still years away, his unique brand of gross-out stunt comedy was truly ahead of its time. All it took was a broken neck for him to get noticed. 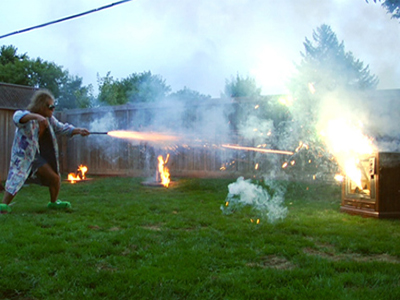