CBC to invest at least $7.5 million dollars into the fund over the next three years

Long before #OscarsSoWhite was a hashtag, the lack of diversity in film has been a hot topic in Hollywood and here in Canada.

Now, the CBC is launching the Breaking Barriers Film Fund.

“We are striving to make a meaningful difference by supporting underrepresented creators directly and investing in their films,” said Heather Conway, CBC’s executive vice-president of English Services ahead of the announcement Wednesday at the Reel Asian Film festival in Toronto.

The commitment will see Canada’s national broadcaster invest at least $7.5 million dollars into the fund over the next three years.

Among other criteria, each prospective project must be a fictional English-language feature film from a creator who has had at least one feature film at a recognized festival.

Full details can be found on the website: www.cbc.ca/breakingbarriers.

Despite having a number of films under her belt, Asian Canadian filmmaker Jennifer Liao says she’s experienced firsthand significant barriers for women and people of colour in the film industry.

“That doesn’t go away even after you’ve made a film or after you achieved certain milestones that every filmmaker hopes to achieve,” said Liao, who made her feature film directorial debut last year with the zombie comedyEnd Of Days, Inc.

“[A fund like this] is something that is needed for people who are at this particular stage in their careers.”

The announcement comes on the heels of a recent report highlighting a significant gender discrepancy in Canadian film and television. The 40-page report prepared for the group Canadian Unions for Equality on Screen earlier this fall found that women make up less than 20 per cent of directors getting work in Canada.

According to Conway, this is precisely the kind of thing the CBC’s new fund will help to address.

“I think in particular the CBC looks to say: ‘What is the private sector not doing and how can we help?'” she said.

“We know these groups have always had trouble getting financing so, if we are going to play in the features business, let’s play in a way that helps the group that has the hardest time getting funding.”

The CBC made a similar move to level the playing field in television earlier this year, pledging to have women direct at least half of all upcoming episodes of its scripted series, such as Heartland, Murdoch Mysteriesand This Life, among others.

The commitment follows ongoing efforts to develop short-form video creators who identify as Indigenous, having a disability or belonging to a visible minority community.

But will Canadians watch?

The audience’s lack of appetite for Canadian film also presents a problem.

A recent Telefilm study into Canadian viewing habits found that 52 per cent of participants said they haven’t watched a homegrown film in the past year.

The study identified distribution as one hurdle.

Conway says limited theatre runs are also part of the problem and that the new fund aims to address that.

“Putting [Canadian films] on a broadcaster by definition automatically makes them more available,” she said, explaining that the CBC would be seeking the television and digital rights of the new projects.

The movies would then be available on CBC’s digital platforms, “so that people can see them for years and years.”

The corner store comedy by Korean-Canadian actor-playwright Ins Choi was a successful play and is proving to be successful television.

“[Representing diversity] is not something we consider some kind of task that we have to do,” says Conway. “We need to connect with our audience. Our audience is made up of varied group of people. We need to reflect that.” 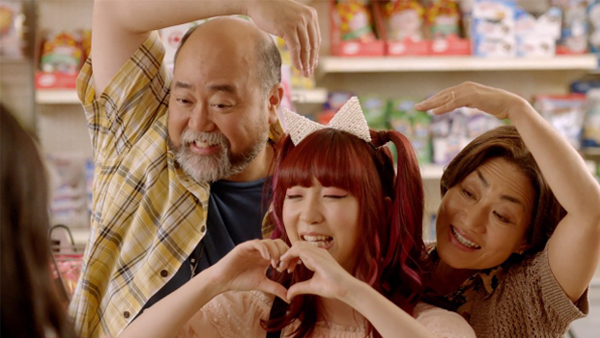