Kathryn Bigelow hasn’t forgotten the out-of-body experience she felt when she won the best director Academy Award for her 2009 The Hurt Locker. At that moment, she became the first woman to win the award. None have been nominated since.

“The gender inequity that exists in the industry, I thought it would maybe be the beginning of that inequity not being quite so pronounced,” Bigelow said in a recent interview. “Sadly, that doesn’t seem to be the case. And I don’t know why that is. I just don’t know. But I sort of feel like on behalf of all the women who might yearn to tell challenging, relevant, topical, entertaining stories — that I was standing there for them. And that emboldened me.”

Boldness is not a fleeting quality for Bigelow. Since The Hurt Locker, she has, with the reporter-turned-screenwriter Mark Boal, continued to craft an ambitious, intrepid kind of cinema that marries visceral big-screen immersion with deeply researched journalism. Their previous collaboration, the Osama bin Laden-hunt thriller Zero Dark Thirty, proved an unparalleled flashpoint in both Hollywood and Washington, prompting debates over its representation of the role torture played in the manhunt.

Her latest film, Detroit is a no-less challenging dive into the violent soul of America, but this time, she’s on the home front. The film, also from a script from Boal, is about the Algiers Motel incident, a relatively little-remembered event that took place amid the 1967 Detroit riots — an uprising sparked by a police raid of an after-hours club — and a reaction to a long history of oppression of the city’s African-Americans. The riots, among the largest in U.S. history, left 43 dead and led to the deployment of thousands of national guardsman to a Detroit that raged in fire and fury.

Detroit seeks to show the historical context and individual reality of the riots, which many say should be called a “rebellion.” Within the chaos was the particularly heinous act at the Algiers Motel. Three unarmed Black males were killed in an encounter with police and nine others (seven of them Black) were beaten and terrorized. Three officers were charged with murder, as well as other crimes, but found not guilty.

Boal approach Bigelow about making a film about the incident shortly after a St. Louis County grand jury decided not to indict police officer Darren Wilson, whose fatal shooting of Michael Brown prompted the protests in Ferguson, Miss. The relevance of the tale, Bigelow said, fuelled her motivation for making it.

“There was something sadly, tragically contemporaneous about this story,” Bigelow said. “How can this conversation happen in a meaningful way, is what I walk away asking. I’m just telling this story in as authentic and truthful and honest a way as we could, given the information that is out there.”

The story for Boal began with Cleveland Larry Reed. During the riots, Reed (played by Algee Smith in the film) was an 18-year-old singer in the Dramatics, an up-and-coming Motown group whose concert was cancelled that night. He and another bandmate bunkered down at the Algiers, only to find themselves swept into a nightmare. Reed, who met with Boal and later with Smith, never recovered from the ordeal; he gave up professional music, singing instead in church choirs.

“In the summer of 2014, I was drawn to this story after meeting Larry Reed and hearing him recount what had happened to him 50 years ago, and then, later on, hearing from other survivors of the Algiers,” Boal wrote in an email. “My idea for the movie was driven from the start by real people, being moved by the fine-grained particulars of what they went through.”

Smith, a 22-year-old actor from Saginaw, Mich., described the set as a profoundly emotional one where the cast merely needed to “log onto our social medias for inspiration.”

“We were shooting a movie about history but it felt like today,” he said.

He and other actors playing the terrorized victims weren’t given scripts for much of the production so that their reactions of shock and horror were more genuine.

“She wanted us to have a tomorrow’s-not-promised type of mindset,” Smith said. “We just got there and then the first day it was just total chaos. It was: ‘Put your hands on the wall.’ Screaming. I’m getting light-headed because I’m breathing so hard in between takes. It was emotionally and physically draining every day for those first two weeks. Will Poulter (who plays the ringleader officer) broke down on set. In the middle of a scene, he just started crying. The whole set just stopped. Everyone stopped. Will went outside and I put my arm around him but I just started crying too.”

Some may say Detroit is a story that ought to have been told by Black filmmakers. Bigelow, who has spent her career either ignoring or exploding gender stereotypes, understands such criticism.

“Am I the perfect person to tell that story? Absolutely not,” Bigelow said. “But I felt honoured to tell this story. It’s a story that’s been out of circulation for 50 years. And if it can encourage a conversation about race in this country, I would find that extremely encouraging and important.”

Her films, she said, are about creating empathy and, hopefully, dialogue. Earlier this year, she co-directed an eight-minute virtual-reality film about park rangers in the Democratic Republic of the Congo, The Protectors: Walk in the Rangers’ Shoes.

“Institutionalized racism is at the heart of the piece,” Bigelow said of Detroit. “I think the purpose of art is to agitate for change. But you can’t change anything unless you’re aware of it.” 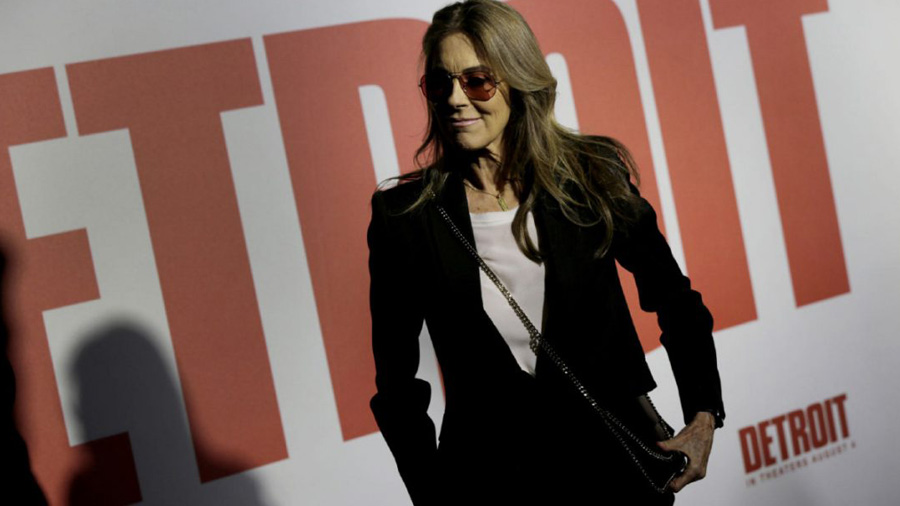