Peter Keleghan on ‘Once An Immigrant’

Peter Keleghan, one of Canada’s busier actors, is the creator and narrator of a highly personal documentary called Once an Immigrant, which will have its premiere Thursday on CBC’s documentary series Firsthand. Keleghan – known for his performances in The Newsroom, Slings & Arrowsand Street Legal – is our on-screen guide, revealing the saga of how his own family fled Europe and landed in Canada.

Early in the course of the project, Baggage was one of the working titles under consideration. Chatting with me at a Toronto café the other day, along with his collaborator, director Michael McNamara, Keleghan explained what Baggage means. “It’s the stuff immigrants to Canada have to leave behind – what they had been through in their country of origin.”

Firsthand has replaced a previous CBC series, Doc Zone, which had been a home for general-interest documentaries. Unlike Doc Zone, Firsthand puts the emphasis on point of view and personal perspective. Once an Immigrant is an example of what the series is intended to achieve.

“We are a land of immigrants,” McNamara says. “It’s one of the things that separates us from the rest of the world.”

As the husband of Leah Pinsent, Keleghan has a father-in-law, Gordon Pinsent, who became an immigrant to this country, moving from Newfoundland before it became part of Canada. And Peter’s two children (born in Los Angeles from a previous marriage) were delighted to settle in Canada.

Keleghan describes the film as a cautionary tale. “I loved Meryl Streep’s speech at the Golden Globes,” he says. “We live in an era when Trump – a bigot, racist and misogynist who mocks disabled people – can be elected and become the so-called leader of the free world. And when you look at all the disruption in the rest of the world, you see a swing to the right happening with Brexit and Trump and what’s happening in Europe. It could easily happen here. We have to be very vigilant about protecting Canada’s inclusiveness and progressiveness.”

Suddenly, the unthinkable becomes thinkable. Could there ever be a wall along the world’s longest undefended border preventing immigrants from sneaking into the United States from Canada?

Keleghan’s father, Stanley Krakus, was born in Poland, one of seven children.

“I can’t even imagine some of the horrific stories my father told about the war,” says Keleghan. “He was sent to a forced-labour camp during the Nazi occupation of Poland. After the war, he landed in England, where as a teen he lived with a British family. When he tracked down family members in Poland, they advised him against returning to Poland, because by then it was occupied and controlled by the Soviet Union.”

When it came to choosing a wife, Stanley Krakus made a point of wooing a woman with a name that sounded Anglo-Saxon. He believed it would help to have a partner who was fluent in English and socially integrated.

“In London, my father had been dating my mother’s cousin, but instead wound up with my mother,” Keleghan says.

Rita Keleghan had left Ireland and moved to London in the mid-1950s. She and Stanley moved to Montreal in 1957 because he had been offered a job.

“That was a scary time for them,” Keleghan says.

The job Stanley had been offered fell through and the couple struggled to survive. But eventually, he found work as a technician, and she as a nurse.

And the nickname stuck.

In the doc, Tecky recalls that they went to school on a bus but felt like aliens because all the other kids spoke French. And theirs was the only family who grew their own food on the farm and froze it for the winter.

When Keleghan launched his acting career, he decided – on the advice of his father – to use his mother’s name, emphasizing the Irish side of his heritage.

“Because of his experience in England, where he had been seen as a bloody foreigner, in his mind it was better to have an Anglo-Saxon name,” Keleghan says. “So with an abundance of caution, that’s what I did. A colleague told me later that if I hadn’t changed my name, I would not have been chosen for all the parts I got. But to me, that seems like Old World thinking. Maybe it was true at the time, but I don’t believe it’s true now.”

Before settling permanently in Toronto, Keleghan tried living and working in Los Angeles in the late 1980s and early 1990s. He was among the many actors from Canada who have crossed that border to work in the U.S., where he appeared on such popular TV shows as Cheers, Seinfeld, Murphy Brown and The Wonderful World of Disney.

“If you want to compete in the showbiz Olympics, Hollywood is the place to be. That’s where the big races are. But eventually I realized ultimately you want to work in the place where you want to live. I moved back in 1995. You have to be more ambitious and dig your heels in if you want to succeed in the arts in this country. We have to be more versatile. We have to create our own stuff. That’s why a lot of people in the U.S. entertainment world love us. We’re treasured down there and we are also known as the nicest people in the world. The good news is we are all equals in this country. The bad news is we don’t celebrate our success enough and blow our own horn.”

To celebrate Rita’s 90th birthday, Keleghan and McNamara took Rita and Tecky to Dublin, and made the trip the centrepiece of their film.

Stanley became a Canadian citizen, but Rita has an Irish passport and has no intention of letting it go, Keleghan says. “Fully embracing another country is impossible for her because she can’t let go of the one she came from.”

Stanley and Rita are no longer together but remain on cordial terms. On Thursday they will join Peter, his daughter, Tecky and her husband at Rita’s condo, to watch the film on TV.

I suspect it will resonate not only with immigrants but also with other Canadians who, like me, are the grandchildren of immigrants. 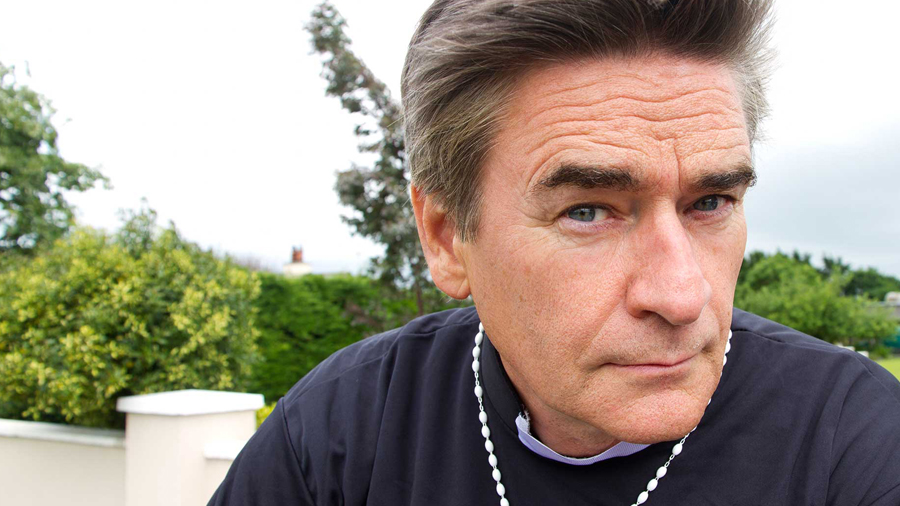