Hugh Gibson’s The Stairs is this year’s winner for Best Canadian Feature from the Toronto Film Critics Association. The award was announced at tonight’s TFCA gala at the Carlu. Gibson received a prize of $100 000 with the award, while runners-up How Heavy this Hammer by Kazik Radwanski and mock-doc Operation Avalanche by Matt Johnson netted $5000. The Stairs was previously announced as the TFCA’s runner-up in the category for Best Documentary Feature, which went to Kirsten Johnson’s Cameraperson.

The Stairs is a raw and vital verité-style glimpse of residents from Toronto’s Regent Park community. The doc, profiled in the feature ‘Neighborhood Watch’, premiered at last year’s Toronto International Film Festival and drew praise for its deeply humanising portraits. Many critics have cited the film as an essential portrait of Toronto that highlights diversity and addresses social. In his review of the film for POV, Jason Gorber called the doc “a film that should help to shape a changing vision of our city, which has been lauded for its generosity but is struggling to deal with contemporary challenges involving race, immigration and poverty.” 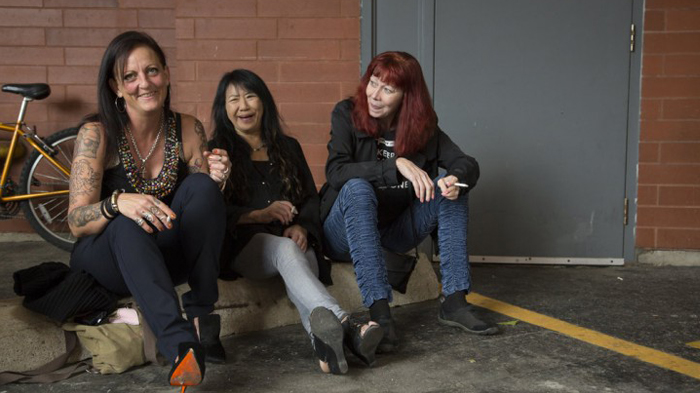