Keith came to Dark through his training at Centennial College’s Broadcasting and Film program. He’s brought a passion for music in particular, both as a player and editing assistant. While cutting ambiance and placing sound effects, he’s learned much at Dark including “really good client relations,” he says “Grant and Andy are always preaching attention to detail which shows they have a good ear for minute things that can make or break a project.” He also says he’s often inspired by the creativity of our clients. Keith composed the soundtrack for Pitfall Planet, recently nominated for the Best Studio Game Award at the Independent Games Festival. 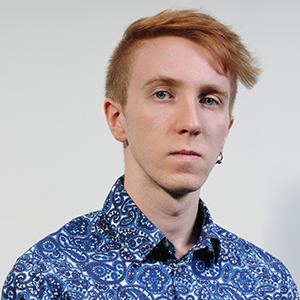