Carol, the swooning tale of a life-changing love affair, won two top prizes at the 2015 awards of the Toronto Film Critics Association.

The TFCA named Tom Hardy Best Actor for the second consecutive year for his dual role as homicidal twin crime lords Reggie and Ronnie Kray in Brian Helgeland’s Legend; he’d won the 2014 award for holding the screen all by his lonesome in Steven Knight’s solo drama Locke.

And Joshua Oppenheimer, who won the Allan King Documentary Award in 2013 for The Act of Killing, won the 2015 prize for its companion piece, The Look of Silence, which revisits the Indonesian genocide from the perspective of an optometrist confronting his brother’s murderers.

The awards were voted on (and, for the first time, live-tweeted) by the TFCA at a meeting on Sunday, December 13, 2015. The membership also chose the three finalists for the Rogers Best Canadian Film Award: The Forbidden Room, directed by Guy Maddin and Evan Johnson; My Internship In Canada, directed by Philippe Falardeau, and Sleeping Giant, directed by Andrew Cividino. The winner will be named at the TFCA’s awards gala, to be held January 5, 2016.

The winner of the Stella Artois Jay Scott Prize for an emerging artist, to be announced at a later date, will be presented with a $5,000 cheque at the gala.

At the January 5 ceremony, the TFCA will also announce the winner of the Manulife Student Film Award, which carries a $5,000 cash prize. It will be presented to a short film that the critics select from student entries submitted by film programs at Humber College, Ryerson University, Sheridan College and York University.

As previously announced, the 2015 recipient of the Technicolor Clyde Gilmour Award is Deepa Mehta, who will present a filmmaker of her choice with $50,000 worth of services from Technicolor at the January 5 gala.

The 2015 TFCA Awards will be presented at a gala dinner at Toronto’s The Carlu on Tuesday, January 5, 2016, hosted by Cameron Bailey, Artistic Director of the Toronto International Film Festival. There the TFCA will also reveal the winner of the Rogers Best Canadian Film Award, which carries a record-setting $100,000 cash prize, the richest film award in the country. The runners-up will each receive $5,000.

“This year’s winning films encompass a remarkable diversity of genres and styles,” said TFCA President Brian D. Johnson. “And the Canadian finalists present a broad spectrum of talent — a veteran Winnipeg auteur who remixes cinema like a mad alchemist, an Oscar-honoured Quebecois who’s made a bold turn from intimate drama to sly political satire, and a young Toronto director making his feature debut with a Lakehead coming-of-age story that dazzled Cannes and TIFF.”

(Under the TFCA’s guidelines, contenders eligible for the awards include films released in Canada in 2015 plus films that qualify for the 2015 Oscars and have Canadian distribution scheduled by the end of February 2016.)

The TFCA Awards gala will take place in the historic art-deco Round Room at The Carlu, with cuisine provided by chef Christopher Palik, Executive Chef, O&B and The Carlu. A cocktail reception sponsored by Cineplex Entertainment will precede the dinner and awards ceremony.

“The Big Short”, Charles Randolph and Adam McKay; based upon the book by Michael Lewis

“Anomalisa,” Charlie Kaufman; based on his stage play

“Carol,” by Phyllis Nagy; based on the novel “The Price of Salt” by Patricia Highsmith

“Listen To Me Marlon” ( distributor unknown )

“The Forbidden Room,” directed by Guy Maddin and Evan Johnson

“My Internship in Canada,” directed by Philippe Falardeau 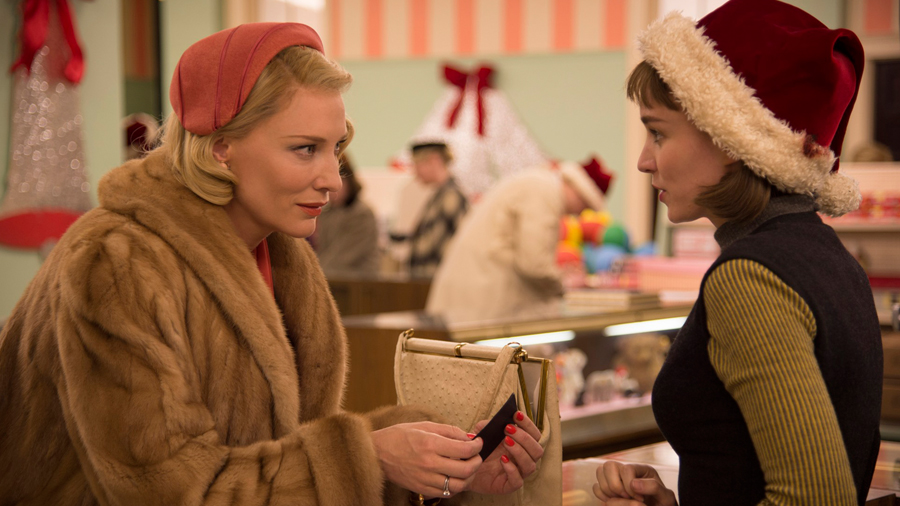